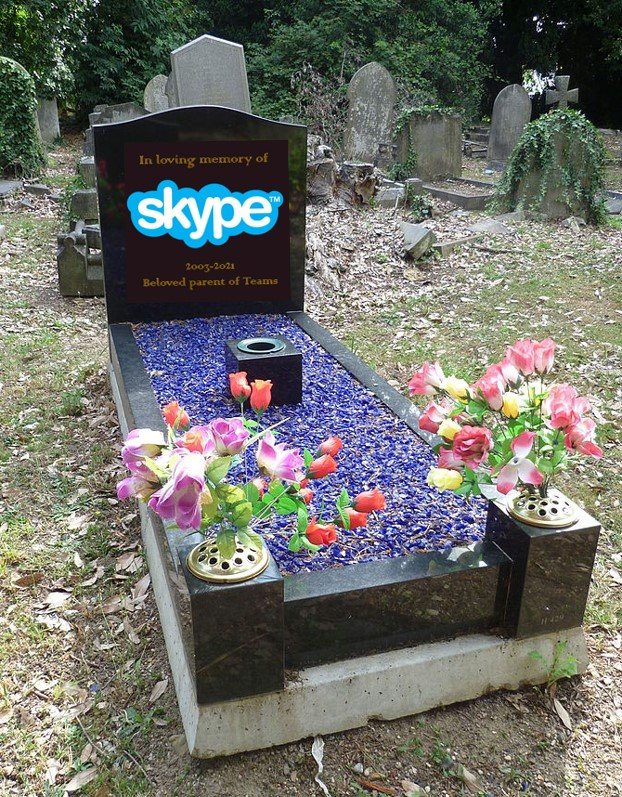 Is it finally time?

For a long time, Skype was the “go-to” video calling app. It was free, and it worked so much better than the alternatives. It used to be the default means to connect with friends and family, to the point that it achieved verb status – we would say we were skyping someone rather than saying a video call.

But those days seem to be in the past. Microsoft bought Skype for $8.5bn, and it became a business tool. Many organisations, including Kinetics, used Skype for Business. But times change and Teams and Zoom have taken the limelight away.

Now that Teams is being built into the new version of Windows – right on the taskbar of Windows 11 – is Skype dead? The promotional pages about Windows show Teams used for personal calls, specifically connecting with family. Skype may have started as a personal product and become a work tool, and Teams looks to have gone the other way.

With Teams right there, on the taskbar, why would you ever use Skype?

We’re not the only ones to think so – Is Windows 11 the beginning of the end for Skype? – BBC News

Our guess is that Skype has had its day, and Microsoft are seeing a world where they need to compete with Zoom, Facebook Messenger, Whatsapp and even Facetime. They are doing that by making Teams easier to access, and at the same time getting the pre-installed Skype relegated to the past.

But will it work?

For years, new Windows devices also came with Internet Explorer and then Edge, but people still installed and used Chrome or other browsers. It will come down to who you are making a call to and what is easiest for them (They might not be using a Windows 11 PC).

← Advanced Warning - Microsoft 365 Price Changes Have you heard about "typosquatting"? →