Microsoft have introduced ‘Teams’ into Office365.  It is a new application that’s included in most commercial Office365 plans.

The concept behind Teams is a chat-based workspace, the idea being that we have collaborative conversations.  It’s about having a conversation (rather than an avalanche of emails) that flows with different people contributing to it, sharing their ideas and thoughts.

It works like this: you build a set of Teams based on your organisation – eg Admin, Production, Sales, Warehousing. Each of these teams have members, which provides for security. 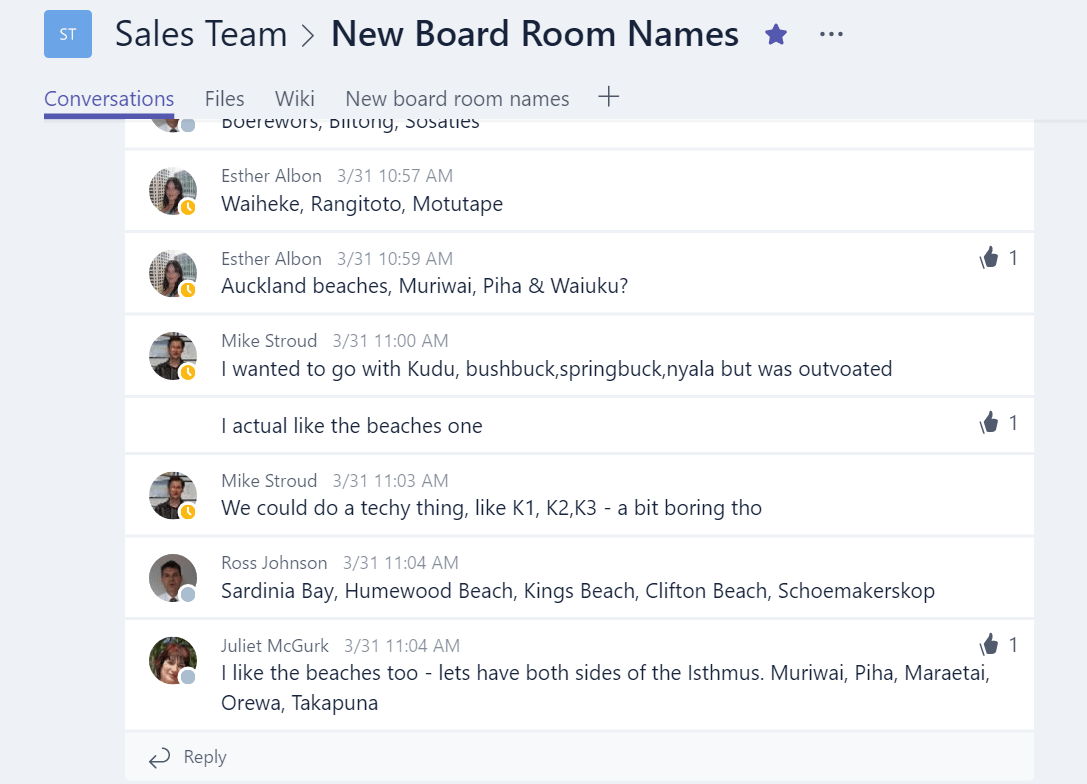 Within a Team conversation, you can share ideas in different ways. One of them is called ‘Conversations’ and it flows just like a group conversation.  We used a conversation recently to toss around ideas for the names of meeting rooms in our new offices (we are about to move!).

But there is a range of other types of content that can be shared within a team, including OneNote files, Planner (another new tool that helps you track projects and plans), a SharePoint site or an Excel spreadsheet.

You can access Teams from your desktop computer, Android or Apple device.

It’s a great tool to improve communication within companies to improve collaboration and the sharing of ideas. It will certainly reduce email clutter and those frustrating chain emails that are disruptive and hard to follow.

Contact us if you want some training on Microsoft Teams.